“If you looked deeply into a stone, you could see the Light shifting with the chaotic pattern of a blowing storm. It was not calm inside. Not by a wind or a whisper. ”

Stormlight is a form of gaseous Investiture brought by the highstorms of Roshar. 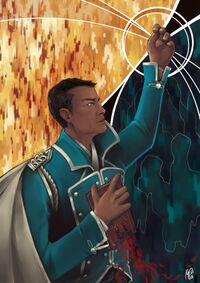 by horizonproblems
Dalinar bringing the Realms together, summoning Stormlight

“Honor's power, during a storm, is concentrated in one place. It pierces all three realms and brings Physical, Cognitive, and Spiritual together momentarily in one. The gemstones, exposed to the wonder of the Spiritual Realm, are lit by the infinite power there. ”

Stormlight comes directly from the Spiritual Realm, leaking into the Physical and the Cognitive as the three are brought closer together.[2] This typically happens on Roshar during a highstorm. As the storm passes, any spheres exposed to it are infused with Stormlight near its end.[3] At the same time, it arrives in Shadesmar as a wave of light high in the sky. There, spren absorb it directly.[4]

Bondsmiths of third Oath or higher can likewise infuse spheres and people with Stormlight, though with significant effort.[5][6] Dalinar was also able to open Honor's Perpendicularity to release functionally-infinite amount of Stormlight over vast area for a limited amount of time. This is, however, unusual, and possibly a consequence of Stormfather's particular nature as Honor's Cognitive Shadow. Whether Dalinar can repeat this feat is unclear.[7][6]

In the present, it appears that the Stormfather -- and, by extension, Honor -- is the primary force enabling Stormlight to cross over into other Realms. However, it has existed prior to the Shattering. Back then, it had slightly different properties.[8]

Stormlight appears as luminescent white vapor. When free, it behaves similarly to smoke, dissipating in puffs and leaving trails when its source moves.[9] Gemstones left outside during a highstorm absorb it, becoming infused, which manifests as the gems glowing.[10] The amount of Stormlight collected is not directly proportional to the strength of the highstorm.[11]

Absorbed Stormlight, if unusued, will eventually begin leaking out. The speed at which it leaks varies depending on its current vessel. A person can only hold Stormlight for a few minutes at most, while a gemstone will hold it for several days -- the ones used as currency glow for about a week, while bigger gems last a while longer.[12][13][14] Perfect gemstones, like King's Drop, can hold it for centuries, if not forever.[15] When leaking from gems, Stormlight assumes their color.[16] 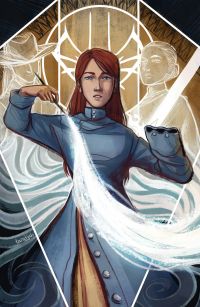 Stormlight is the primary fuel of Surgebinding abilities. To absorb it, a Surgebinder breathes it in from sources such as gemstones or the highstorm itself. When inhaled, Stormlight gives the user a sensation of increased energy, restlessness and desire to move, with several people comparing it to a storm raging inside them.[17][18] While held, it will automatically heal wounds, exhaustion and even conditions such as poisoning or drunkenness.[19][20] It can also be consumed to power the use of Surges.[21]

There are other methods of obtaining Stormlight, such as the method used by Vasher, which can be used by others.[22] Stormlight can serve as replacement for other forms of Investiture, most notably Breath. A Returned can survive off consuming it.[23] Likewise, Nightblood can be fuelled by Stormlight, and when unsheathed, will begin to absorb it from its environment before going for living beings.[7] It's possible to transform Stormlight into Breath and use it in Awakening, though that is noted as extremely difficult, with neither Vasher, nor Azure or Hoid having figured out how to achieve this so far.[24]

Fabrials will not function unless the gems comprising them are infused with Stormlight.[25]

Even for non-Surgebinders, Stormlight has minor healing properties. Rosharans are notably healthier than people from other planets, and fall sick less often because there are generally more investiture around.[26] Plants can also be encouraged to grow more quickly by placing Stormlight-infused gems nearby.[27]

Stormlight is also important to Roshar's native beings. Creatures with gemhearts require it, presumably to fuel their spren bonds, and large quantities of it are necessary for them to transform. Among others, chasmfiends pupate in areas that are highly exposed to highstorms, and singers need highstorm levels of Stormlight to change form.[28][29] In Shadesmar, spren derive sustenance from Stormlight, and tend to become more lively and energetic in its presence.[4]

Stormlight can be used to fuel the growth of plants directly. This farming technique involves beating drums to a certain rhythm next to emeralds infused with Stormlight.[30] This attracts lifespren which will in turn carry Stormlight back and forth to nearby crops, boosting their growth. The emeralds used will periodically crack and it is currently unknown whether Soulcasting can produce more grains using the same amount of emerald. The Parshendi used to do gemheart hunts on the shattered plains for this specific purpose. This method was unknown to humans until Rlain revealed it.[30] 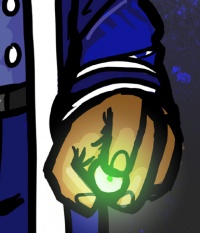 by Sheep
An infused sphere

The spheres used as money across Roshar are generally considered more valuable when infused. While nominally they're worth the same whether dun or glowing, merchants will often find dun spheres suspicious, and will call an expert to verify if a dun sphere isn't counterfeit.[31] Moneychangers capitalize on this, exchanging dun spheres for infused ones or taking spheres to be infused in their secured nets -- for a fee.[10] The value of infused spheres rises even higher with the return of Surgebinding, with some people making a tidy profit off trading spheres with Urithiru.[32]

Stormlight is directly used as a currency in Roshar's Cognitive Realm, with moneychangers in Celebrant storing it in perfect gemstones.[33][34] A device is used to transfer Stormlight from smaller gemstones into the perfect ones, and in exchange, one receives credit which can be spent in the city.[34]

This article is still missing information. Please help The Coppermind by expanding it.
Retrieved from "https://test.coppermind.net/wiki/Stormlight?&oldid=142113"
Categories: